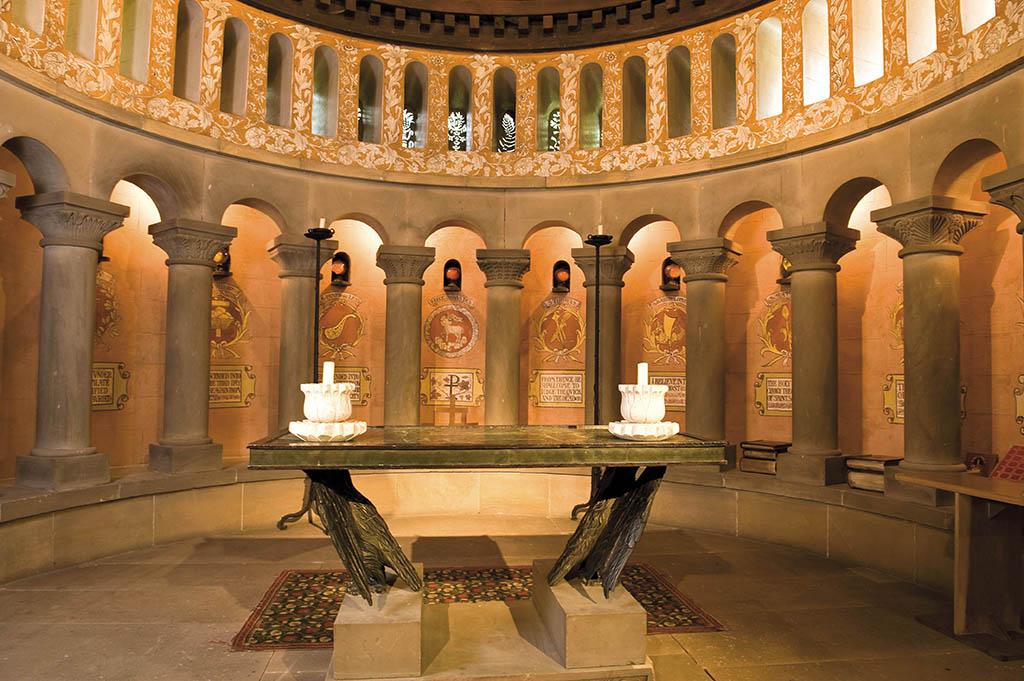 Welcome to the resources page of our latest tour!

What is now the Mill Road area of Cambridge was originally part of the historic estates of the Barnwell Priory. After enclosure, the area served as farmland and orchards, passing through the hands of several families and individuals, including the Barons Gwydyr.

The area began to be developed after the railway came to Cambridge in 1845. For a time, development was slow while the city considered creating a rail spur between the current station and the Parker’s Piece area, but once that plan was rejected by university dons who didn’t want the temptation of the railway too close to the university, development boomed. Beginning in the late 1860s, parcels of land were sold to developers who built dense terraced housing for railway workers and other working-class residents of the city. Between the 1860s and 1880s, 200 houses were built in Gwydir Street. Development began at the other end of the street before the rail spur was rejected, and the plots there were generally small and lacked front gardens. The houses at this end of the street were clearly meant to be slightly more upmarket, and although most still lacked features such as bay windows, the front gardens were attempts at gentility.

Gothic House, which is today the David Parr House visitor centre, was built at the key house of Gothic Terrace, of which the David Parr House forms a part, and it was one of the largest houses on the street. Along with the rest of the terrace, it was built in 1876, ten years before David purchased 186 to make his family home.

Although Gwydir Street was densely populated, it was not merely a residential area. By the 1901 census, the street also had butchers, greengrocers, fishmongers, a bakery, and a grocer. There were several public houses and a slaughterhouse on the street as well, meaning that in David’s time, the area would have been a bustling centre of commerce.

In the nineteenth century, Cambridge had an unusually high number of breweries for a city of its size, and brewing came to Gwydir Street soon after the area was developed. There was a Gwydir Brewery here by 1874, but the business passed through the hands of several owners, and by 1889 it had closed and been converted to stables.

In 1902, Frederick Dale revived the brewery, building a large premises that partially survives today. Wrought iron lettering proclaimed the name of the brewery not only on the three-story building that can be seen today, but on a five-story complex behind as well. The brewery bought many of the houses around it for its workers, and also had a warehouse and billiard room in Mill Road, just behind the Bath House. After winning medals in several brewery exhibitions between 1911 and 1919, Dale placed a seven-foot-high copper replica of a trophy cup above the tallest building to advertise his success. The brewery took over premises in Great Chesterford in 1913, and at one point Dales owned at least thirteen pubs in Cambridge and the surrounding villages.

In David’s time, what is now the car park next to Gothic Terrace would have been a stables for the brewery’s horses, and in Elsie’s time, the stables was converted into a garage for lorries. Some of the garages were located immediately behind Elsie’s garden. At one point, the site was became a petrol station, and Rosemary, who was keen motorcyclist as a young woman still living at home, remembers using the pumps there.

As local brewing became rarer in the face of national mergers and acquisitions, Dales was sold to Whitbread, one of the largest brewers in the country, in 1955. The site became a bottling plant, then a store and a depot. The trophy cup was taken down in 1961. In 1966 Whitbread sold the premises to Cambridge City Council.

The Bath House is located on what was once the site of the grandest house on Gwydir Street, called Gwydir House. It was also known colloquially as the Doctor’s house.

It was compulsorily purchased in 1912  by the Borough of Cambridge, originally with a view to widening the road, but it seems then to have been used mainly as offices though at one time a school was proposed there. By 1919 the Borough was seriously considering the need for a Public Bath House. Some earlier plans to build one in 1877 to commemorate the Queens Jubilee on Laundress Green had come to nothing, perhaps because of opposition from Charles Darwin who lived behind the green in Newnham Grange (now Darwin College).

The need for such a place was undisputed. The population in Cambridge was rising rapidly and many families lived in overcrowded unsanitary conditions with limited access to fresh water. In these conditions, diseases such as tuberculosis, pneumonia, diphtheria, typhus and smallpox were frequent.

The Gwydir Street  site became the preferred site of Cambridge’s public baths in 1923. The present building was built at a cost of some £7,800 and the Bath House was opened by the mayor in 1927, the year of David Parr’s death, and the year Elsie first came to live at the Parr House. By the 1970s, most houses in the area had installed bathrooms, and in the late 1970s, the building was converted into a community centre.

Most of the artefacts by the kitchen door speak to David’s improvements to the house, and some are better understood than others.

There are the tantalising broken drainpipes made of salt-glazed stoneware of the type pioneered by Sir Henry Doulton to replace once-common wooden pipes. But there are also quarry tiles that were used in flooring both inside and outside the house, white glazed bricks from the Leeds Fireclay Company and the shallow bricks from the local Burwell Brickworks, and fragments of fire lumps that David likely installed for extra fireproofing at the backs of his fireplaces, and that Elsie and Alfred removed when they modernised the fires. The only suggestion of potential gardening comes from fragments of blue clay and salt glazed edging. David used similar materials to line the path from the door to the coal store in 1899, but such decorative tiles were often used to line flowerbeds as well.

Garden Snapshots – A Place to Relax

For centuries throughout the world, flowers have been imbued with symbolic meaning, but in the Victorian era, floriography, or the language of flowers, became enormously popular. In an era that saw a new emphasis on propriety, especially between suitors, and in a culture that frowned upon excessive displays of emotion, flowers became a way people could subtly exchange messages. The meanings of flowers were based on a wide variety of factors, including folklore, religious symbolism, and the characteristics of plants themselves, and floral dictionaries became a popular new form of literature, interpreting the meanings of plants and colours for senders and recipients. Gardening was an enormously popular hobby in the Victorian era, and people still commonly wore or carried small bouquets known as posies or tussie-mussies. These small arrangements were most commonly exchanged, although larger bouquets could be presented as well.

Flowers and botanicals were extremely popular motifs with Arts and Crafts artists. Painters imbued their art with symbolism through the flowers they placed around their subjects, and in the decorative arts, stylised botanicals were in abundant use. William Morris’s designs for paper & textiles drew heavily on the natural world, while not being concerned with botanical accuracy. David’s ability to adapt, refine and manipulate Morris & Co designs is shown in the ‘ornament’, or pattern, he designed for his walls. Flowers David painted include tulips, lilies, dianthus, Michaelmas daisies, and foliage such as acanthus leaves. Like his contemporaries, David’s designs were stylised as well.

For more on the Victorian language of flowers, see the English Heritage blog: https://blog.english-heritage.org.uk/what-can-history-teach-us-about-the-language-of-flowers/

The garden is now carefully tended by our garden volunteer Elizabeth McKellar, who keeps a garden notebook in the tradition of Alfred, and who shares her musings on our website

Neighbour, Janet remembers Elsie’s generosity with the fruits of her garden. When Janet first moved in, Elsie left a bouquet of cornflowers and a note that said ‘welcome’ on Janet’s garden gate. Elsie gave Janet apples and also offered her anything else from the garden, so Janet transplanted some of Elsie’s bluebells to her own garden. As an immigrant, Janet saw Elsie’s garden as an ideal English cottage garden: ‘she loved it and every year you saw the result of her devotion to it’.

Joan and Elsie cut the hedge between their gardens level ‘like a table’, and they used to exchange food using that hedge. Elsie left apples, and Joan would put out tins of her baking and portions of soup in a small saucepan, which Elsie would savour for supper over a few days.

Audio Memory from Joan on the fir tree

Joan recalls her parents transplanting the tree sapling from Norfolk on a day out.

As a close neighbour of the David Parr House on Gwydir Street and a member of the volunteer team I was delighted to be asked to exhibit three pieces of work in the garden of the visitor centre. Working as a stonemason over the last 35 years I’ve worked on a number of historic buildings and church buildings, and I’m proud to be part of a continuing local artisan tradition and to share a fascination with the joys of surface pattern.

All cut and carved stonework is a controlled manipulation of the play of light and shade upon the surface, whether hard lines and edges or soft and rounded curves. This work grows out of an interst in archaeology, artefacts, archetypes, imagined times and places using the skills and disciplines of architectural stone masonry and carving.

Pattern and rhythm appear in the earliest artforms and still fascinate the human mind; finished and polished surfaces with broken and fractured edges evoke wonder about possible pasts and futures.

Neither abstract nor representational in the conventional sense, the work is essentially about time, both individual and subjective time and our collective and cultural time.

Work is for sale and a price list is available. 25% of the sale price will be donated to the David Parr House.