Days
Saturdays and Sundays
Cost
£8 (£9.50 with donation) per person 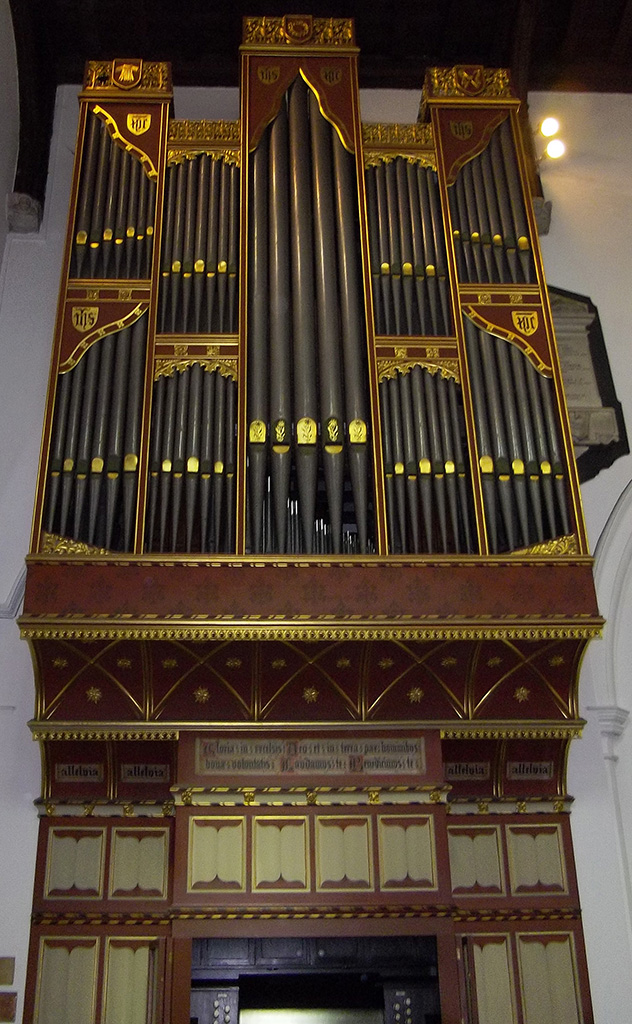 Sound and Colour: A Look at the Organ Designs and Architecture of George Frederick Bodley with Christopher Moore

Day & time
Thursday 27th January, 7pm
Cost
Tickets via a donation
Venue
Virtually - via Zoom - a link will be sent to your email address prior to the event

Day & time
Thursday 27th January, 7pm
Cost
Tickets via a donation
Venue
Virtually - via Zoom - a link will be sent to your email address prior to the event

Join Christopher Moore for this talk that will focus on some of the designs of George Frederick Bodley and his associates, especially in the field of organ cases. Many of these were decorated with gilding and stencil patterns, similar in style to that which decorates All Saints’ Church in Cambridge and, to some extent, the interior decoration of David Parr House. Bodley was one of the greatest of Victorian architects and worked with many other artists and designers including William Morris, Burne-Jones and Frederick Sutton, the latter having a great influence over his designs for organ cases. The talk will also compare Bodley’s designs with those of some of his contemporaries and successors.

Christopher Moore is a professional musician but has always been fascinated by architecture and design. He joined the Victorian Society as a young man, but also loves medieval architecture and that of later periods. He originally planned to become an architect, but having failed his O-Level maths, was steered into music as a profession. He has been organist of a number of fine churches, including Great St Mary’s and Our Lady and the English Martyrs in Cambridge. He has worked in four of the great Victorian churches designed by John Loughborough Pearson, whose work he greatly admires, but he has recently been focusing on the work of G. F. Bodley and is preparing a monograph on his organ case designs, of which 61 remain.

The talk lasts approximately one hour.

This is an online talk via Zoom. Please purchase your tickets below, one ticket per person.

Numbers for the talk are limited so book early to avoid disappointment.

All money raised from our talks goes towards maintaining David Parr House – thank you for supporting us.

We look forward to welcoming you to our online house.